How safe is flying?

Many travelers know the queasy feeling of being in an airplane thousands of meters above solid ground. For most people it is just a queasy feeling, but about 20-30% of people suffer from fear of flying, also called aviophobia. Turbulence or even a plane crash are the most common fear scenarios. But how safe is flying really? Together, we will take a look at the accident rate and take a closer look at the safety precautions that are taken before and during a flight, so that you can fly as carefree as possible in the future.

Safest mode of transport in the world: How safe is flying really?

"Don't worry: airplanes are the safest form of transportation in the world!" Most people have heard this sentence many times, especially those affected by fear of flying. But how safe is flying really? A look at the statistics puts this sentence into perspective and provides information about its significance. The decisive factor is the number of kilometers traveled. If you compare an airplane with a car, for example, it becomes clear why the airplane is considered the safest means of transportation. In the time it takes to cover the same distance on four wheels, one can encounter significantly more sources of danger than on a flight to New York City. So far so good.

Let's therefore think again. If, for example, travel time is used as the basis, the airplane instead "only" takes third place behind the bus and train. Which is still no cause for concern. Even though airplane accidents are unfortunately usually fatal due to the physical conditions, the death figures are significantly lower compared to cars and trains. Pedestrians, for example, are up to ten times more at risk in road traffic. According to statistics, motorcycles are by far the most unsafe means of transport, followed by bicycles, pedestrians and then cars.

The question "How safe is flying?" can therefore be answered as follows: The safest way to travel is by bus and train, closely followed by airplane. Fact: Statistically, the chance of having an accident in an airplane is about 1 in 188,364 (2019) and is thus much lower than in a car. The accident rate in civil aviation has fallen considerably over the last few years despite a continuous increase in aircraft passengers. 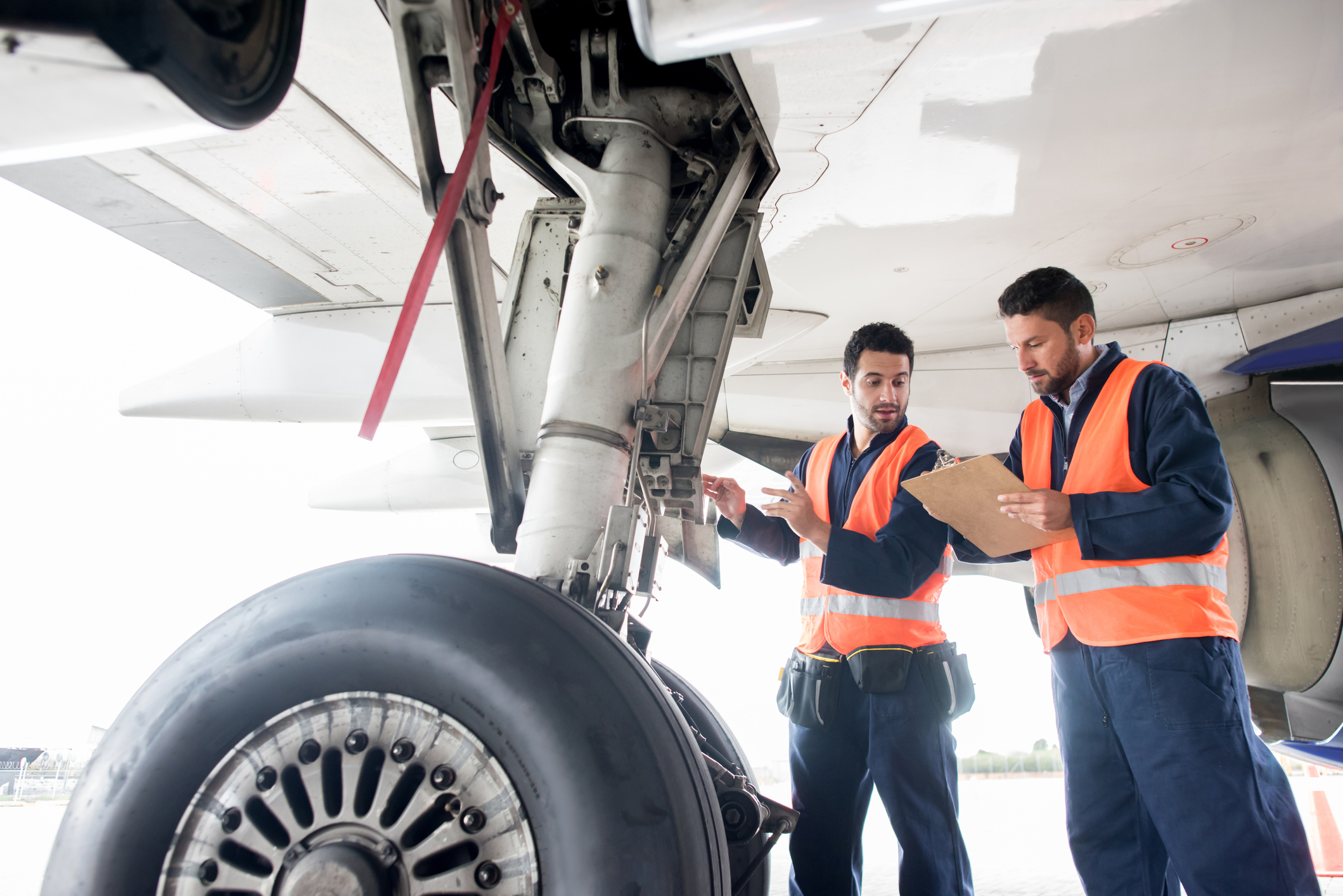 How dangerous is flying in an everyday comparison?

Fear of flying can also be fueled by media coverage, among other things, because airplane accidents have a greater media impact. At the latest when boarding the plane, the question "How safe is flying?" is then back in people's minds. Nevertheless, the type of reporting is understandable. After all, car accidents are part of the unavoidable accidents of everyday life. As a result, they have less news value and stick less in our minds because we have already become accustomed to such incidents. Moreover, they are often so-called individual fates. According to the Federal Statistical Office, most people actually die from causes that have nothing to do with transportation. Circulatory failure, cancer or diseases of the respiratory system are among the most common causes. Not nice, but quite reassuring in terms of flight safety.

Who would have thought it: Even a fatal fall from the stairs is more likely than crashing by plane. Air accidents are rare, but they are remembered longer as tragedies. What quickly fades into the background, however, is the fact that nearly 40 million flights take off each year, and the accident rate involving commercial aircraft is very low in comparison. In 2018, for example, there were only nine airplane accidents worldwide that resulted in fatalities. Accordingly, the probability of getting on one of these planes was only 1 in 4.23 million. This further underscores the safety of the aircraft.

By the way: If travelers on board are not feeling well, the crew has the option of communicating with doctors by radio if there are no medical personnel among the passengers. In an emergency, the pilot can make an emergency landing to take the person to the hospital.

How can flight safety be guaranteed?

Now that the question "How safe is flying?" has been answered statistically, another one arises: How can flight safety be ensured? The probability of a fatal accident in an airplane is very low, as we have already established above. This is due to the sophisticated avionics and air traffic control technology as well as the collision prevention systems that assist the pilot. Avionics refers to all the electronic equipment used in aviation. Navigation systems can locate the exact position of an aircraft up to a thousandth of a mile and, like the technical condition of the aircraft, are permanently monitored by air traffic controllers. In addition, pilots must undergo rigorous training as well as pass regular checks of their fitness to fly. These include twice-yearly tests of flight controls in a simulator to prove that aircraft can still be landed safely despite autopilots and that the procedures can be mastered in their sleep. In addition, pilots and crew must undergo regular knowledge tests, medical examinations and advanced training. Pilot fatigue and resource management play a major role in this.

Tip: In our article "How high is the risk of infection on the airplane?" you will find answers to the question: How safe is flying with regard to Corona and how great is the risk of contracting the disease during the trip?

The question now is: How safe is flying with regard to avionics? Radio and avionics are very precise these days. No means of transport is checked and maintained as regularly and comprehensively as the aircraft. Accordingly, flight safety plays a significant role in aviation and runs like a thread through all areas. Each individual component is available in multiple versions so that it can be replaced by another if it fails. In this way, the functionality of an aircraft is fully guaranteed. In addition, each component has its own defined service life and specific application purpose and can only be replaced by identical components or must be overhauled at the end of its service life. However, this also makes repairs extremely costly.

Good to know: Is flying safe even if one engine fails? Should this happen, the other engines will be sufficient to continue flying without any problems. Even if, in the unlikely event, all engines fail, the aircraft can still cover a distance of about 200 kilometers and land safely. 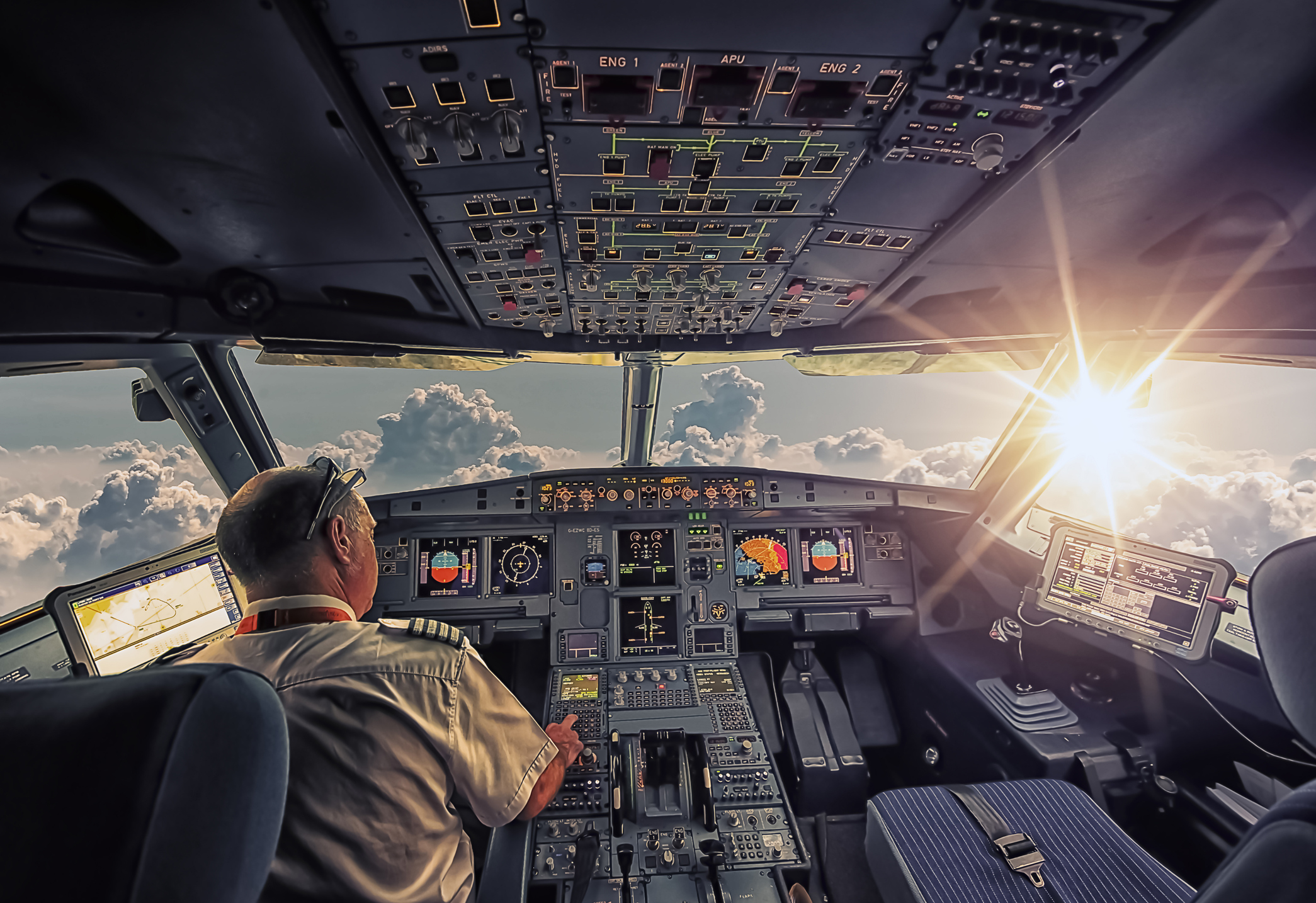 Aviation safety above the clouds

One aspect of aviation safety is aviation security, which deals with external hazards in air traffic. External threats include acts of sabotage and aircraft hijacking, over which there is no one hundred percent control, due to unpredictable factors that can affect the security aspect. Airport security checks are designed to avoid risky situations that can arise from carrying weapons and dangerous items. Therefore, suitcases and passengers are carefully checked and airport staff and crew are screened for reliability. Preventive security measures, such as armored doors to the cockpit, motion pictures of passengers and comparison with a "black list" of dangerous persons, can additionally defuse risky situations, but not completely avoid them. A fundamental rethink has taken place here, not least because of the terrorist attacks in the USA on September 11, 2001. To prevent a repeat of such events, much stricter rules have been introduced for passengers.

Finally, let's return to the original initial question "How safe is flying?". Safety is a top priority in the aviation industry for aircraft manufacturers, airlines and their insurers. This applies to both safety on the ground and safety in the air. Travelers can also do their part to ensure flight safety by following established safety precautions. However, due to climate change and the warming of the earth's atmosphere, turbulence may occur more frequently in the future, especially on flights between Europe and North America. As a result, you will have to be prepared for more turbulent flights, but you can still feel safer than ever on board an aircraft due to the high level of safety in air travel.

4,8/5
16731 reviews
This could also be of interest to you
Risk of infection on the plane

Travelling despite the Corona pandemic or flu epidemic: Is the risk of infection on a plane really as high as it seems? ➞ Find out more now!

What to do if you have a fear of flying?

Fear of flying - what to do when fear of flying makes holidays and business trips impossible? What tips and remedies can help? Find out now!

Security control at the airport

Once you have checked in your baggage at the check-in counter, you must pass through the security check.